How to play youtube in background app on iOS and android? 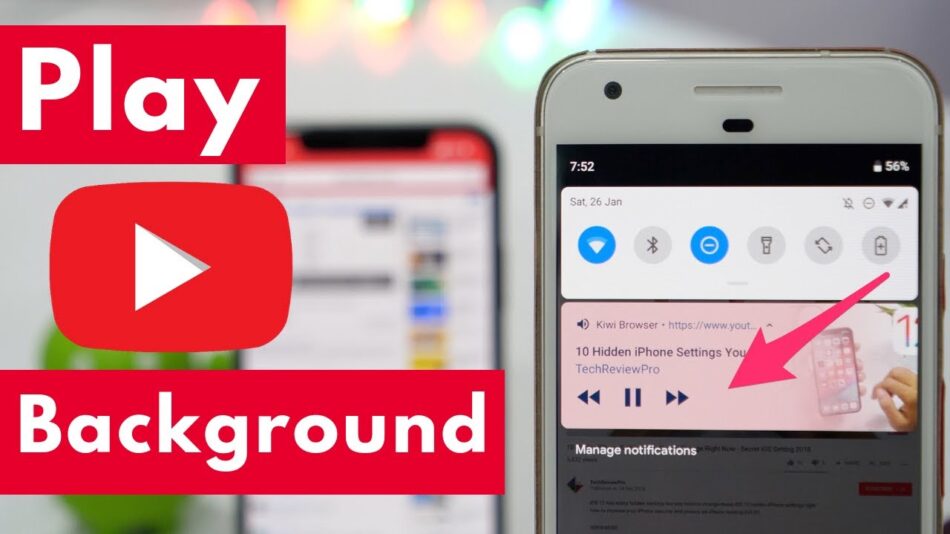 Almost all the people around the world struggle while listening to the music on the YouTube app because it does not allow them to play the music in the background of the apps in the mobiles. If we play the music over the youtube app and whenever we try to navigate to any of the other apps the music get stops as the youtube does not allow us to play youtube in background app. Therefore, whenever we try to navigate the apps while playing youtube music the music automatically stops.

The users or the music listeners can purchase the red subscription button of the youtube app in order to enjoy the non stop as well as ads free videos as well as music for as much time as we want. Let me tell you a great and spicy secret that this red button of subscription can be received or bought for completely free as well.

Do you actually want to get the red button of the subscription for free in order to play youtube in background app for free? Let me tell you it is going to be a little difficult because the official website of youtube app does not allow you or any other person to get this free button this much easily.

To play Youtube in background app can be very convenient for the people around the world who want to listen to the music without any kind of the interruption and while working. It has been seen in the last few months that the youtube app was very aggressively promoting the subscription services as well as premium services of its app and along with this its ads, benefits and all the features. The cherry on the cake is that the biggest features that the youtube app is promoting and that is the permission or the feature to use or listen to the music in the background as well, which means whenever a person navigates the apps there will be no disturbance of automatically stopping of the music.

Here are a few steps to play youtube in background app in both the operating systems android as well as iOS:

Step: 1 First of all, open the official website of youtube, which is youtube.com on the search engine such as Google Chrome.

Step: 2 Once the official website page of the youtube is completely loaded then you will be able to see the three dotted option on the top right side of the personal computer.

Step: 3 Now the person is required to search for any of your favorite or liked  videos as well as you have to open the same.

Step: 4 then on the next page the video that you have selected will start playing automatically on the personal computer.

Step: 5 Now just do a simple thing and that is just simply exit the home screen. However, a person can be able to see that the video that is being chosen by the person to be played will stop playing in the background.

Step: 7 The last step is to simply play the same video again through that notification panel only and you will see that the video you have just chosen has started playing in the background itself.

Now here are a few simple steps to be followed to play youtube in background app in the iOS smartphone:

Step: 1 in this you have to open the official website of the youtube that is youtube.com on Safari.

Step: 2 Then once the page is loaded, you have to click on the aA icon that is there on the top left corner of the screen and there you have to choose the request desktop website option.

Step: 3 search for any of the favorite video and play the same

Step: 4  after playing the video you have to exit the home screen

Step: 5 by opening the control center in the top right corner swipe down the notification bar and in the bottom verify through the face id.