What Does Boyle’s Law Say?

Boyle’s law, also known as Boyle–Mariotte law or Mariotte’s law mostly in France, is an experimental gas law that describes how the pressure of a gas tends to drop as the container volume increases. According to the law, If the temperature and amount of gas stays unchanged within a closed system, the absolute pressure exerted by a given mass of an ideal gas is inversely proportional to the volume it occupies. The fundamental concept of this law can be summarised to: Pressure and volume are inversely related for a fixed mass of an ideal gas kept at a constant temperature.

Boyle’s law is a gas law that states that a gas’s pressure and volume are inversely proportional, as mentioned previously. When the temperature is kept constant, as volume increases, pressure falls and vice versa. As a result, halving the volume doubles the pressure, and doubling the volume halves the pressure. 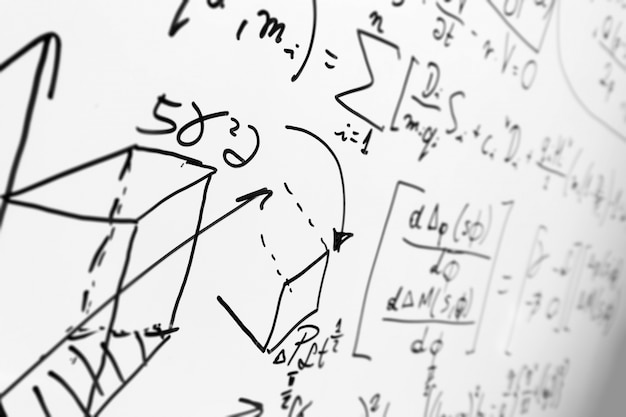 Boyle’s law can be expressed mathematically as:

Which means that pressure multiplied by volume equals the constant, where P is the gas’s pressure, V is the gas’s volume, and k is a constant.

For a given quantity of confined gas, the product of pressure and volume is a constant, according to the equation and this holds true as long as the temperature remains constant. The law can be advantageously phrased as follows when comparing the same substance under two different sets of conditions:

The pressure of the gas drops in proportion to the increase in volume, as can be observed with this equation. Similarly, when the volume of the gas diminishes, the pressure rises. The law was named after Robert Boyle, a chemist and physicist who first published it in 1662.

Richard Towneley and Henry Power were the first to notice the link between pressure and volume in the 17th century. Experiments by Robert Boyle validated their discovery, and the results were published. Boyle’s assistant, Robert Hooke, developed the experimental apparatus, according to Robert Gunther and other authorities. Boyle’s law is based on studies with air, which he saw as a fluid of particles at rest between minuscule unseen springs. Air was still considered one of the four elements at the time, but Boyle disagreed. Boyle’s interest was most likely in comprehending air as a vital component of life; for example, he wrote research on plant growth without air. Boyle utilised a closed J-shaped tube and caused the air on the other side to contract under the pressure of mercury after pouring mercury from one end. He discovered that, under controlled conditions, the pressure of a gas is inversely proportional to the volume occupied by it after performing the experiment multiple times with varied amounts of mercury. Edme Mariotte, a French scientist, independently found the same law in 1679, though Boyle had already published it in 1662. However, Mariotte discovered that air volume varies with temperature. As a result, this law is also known as Mariotte’s law or the Boyle–Mariotte law. Newton showed mathematically in the Philosophi Naturalis Principia Mathematica in that in an elastic fluid consisting of particles at rest with repulsive forces inversely proportional to their distance, the density would be directly proportional to the pressure, but this is not the physical explanation for the observed relationship. A kinetic theory is required instead of a static theory, which was provided two centuries later by Maxwell and Boltzmann. This was the first physical law to be written down as an equation defining the relationship between two variables.

The Law’s relation with kinetic theory and ideal gases:

Boyle’s law states that the volume of a given mass of a dry gas is inversely proportional to its pressure at constant temperature. At moderate pressures and temperatures, most gases behave like ideal gases. The technology of the seventeenth century was incapable of producing extremely high pressures or extremely low temperatures. As a result, at the time of publishing, the law was unlikely to have any variations. As technological advancements allowed for higher pressures and lower temperatures, deviations from ideal gas behaviour were apparent, and the link between pressure and volume could only be accurately represented using real gas theory. The compressibility factor is used to express the deviation. Boyle and Mariotte derived the law entirely by trial and error. The law can also be derived theoretically using assumptions about velocity and completely elastic collisions, as well as the assumed presence of atoms and molecules as can be observed in kinetic theory of gases.

Boyle’s law is also often used to explain how the respiratory system operates in humans. This usually entails describing how the lung volume can be increased or decreased, resulting in a lower or greater air pressure within them. The difference in air pressures between the air inside the lungs and outside the lungs results in either inhalation or exhalation.